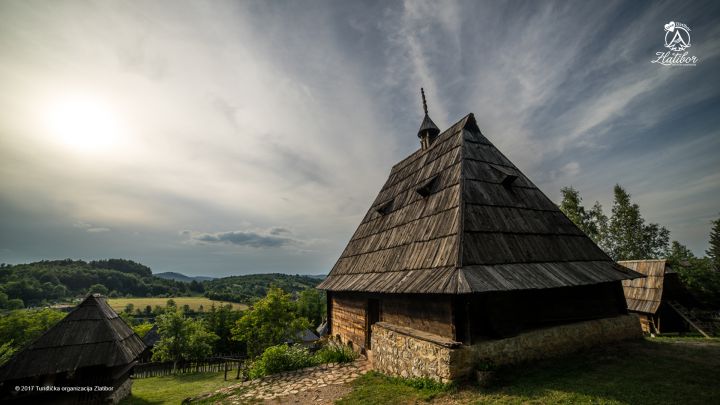 26 km away from the tourist centre Zlatibor, in the village Siirogojno, there is the only open air museum in Serbia “Staro Selo”. Works on construction of this museum started in 1979. On a 5 hectare location beside St. Peter and Paul’s church, old log houses were brought from all parts of Zlatibor to be presented and preserved here.

The museum has got two entireties. The first is a group of houses which have kept initial look and purpose and they make a museum display formed into two Zlatibor farmsteads. The second whole is a group of houses that have preserved their original look but their purpose has been changed; they have been adopted for tourist needs. They are a hall, a souvenir shop, an inn, apartment buildings… 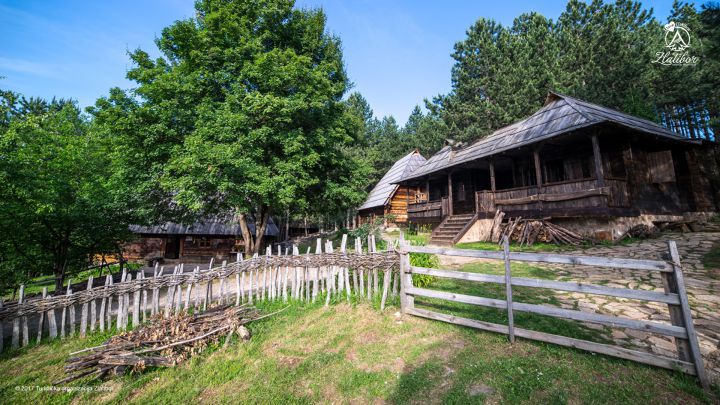 As we have already mentioned, the two Zlatibor farmsteads in the permanent museum display are testimony of living culture in Zlatibor region at the end of 19th century and the beginning of 20th century. The way of life in these houses was specific because they lived in extended family groups (cooperatives) with up to 50 members. The museum has been made of Zlatibor log cabins that belong to Dinara-type log cabins. Farmsteads were always built on the slope turned towards the sun. The houses were square shaped; the walls were made of horisontal logs bound in “ćetr” (four) in the corners. The roofs were covered with shingle, stone tiles or straw. On the roof there were openings “bađže” for air circulation, and on the very top of the roof there was a chimney called “kapić”. Characteristic for Zlatibor farmstead was a great number of smaller objects all around “the main house”. 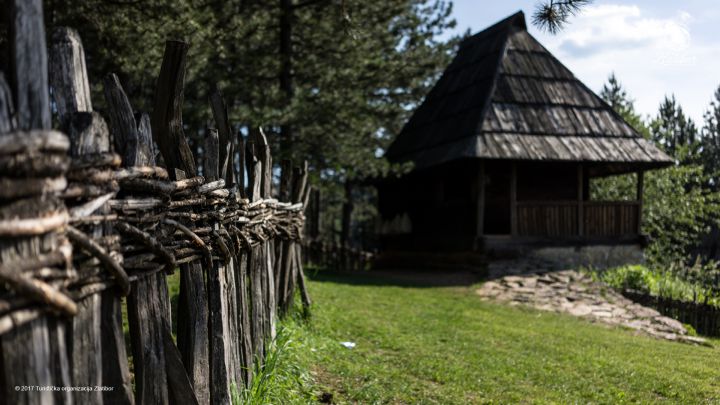 Central place of the farmstead belonged to “the main house” (it was the highest object in the household). The main house has had two rooms - “the house” and “the room” and there was a cellar under the room. On this log house there were two doors the eastern and the western which, except for the function, also had a symbolic meaning (all that was good and beautiful entered the eastern door- the new born baby, the bride, the godfather, guests…, and all that was bad left the house through the western door – the diseased person, garbage…). Ingle occupied the central part of “the house”. The fire was always burning, food was prepared there, and in the evenings members of the cooperative (big family) used to gather making plans for next day’s work and then sleep around the fireplace. 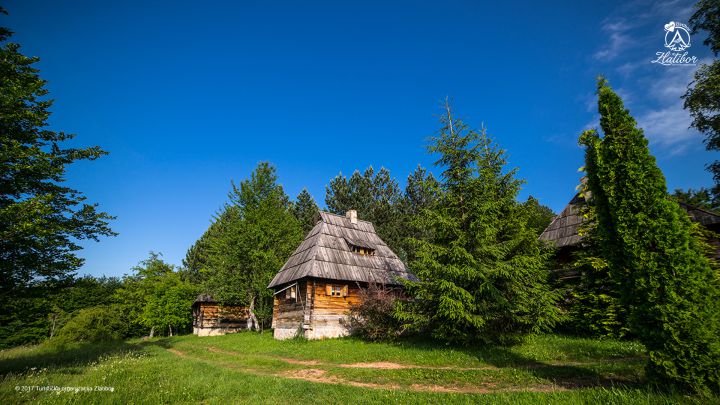 The house was a room without floor or ceiling except for the “floor” above the fireplace that was used to preserve fire and prevent smoke to go directly to meat hanging and drying under “rogovi” (the horns). “The room” always used to be on a slightly higher place then “the house” and it had wooden floor and a ceiling. There was only one bad in this room where the oldest members of the family slept, meaning the master of the house and his wife, and in the cradles little babies born during winter period. In this room a formal dinner took place in case some important guests came during some important occasion or big holidays. The room was heated by the stove in the partition wall between two rooms.

“Vajat” was a building used as a sleeping quarters usually for newlyweds and was given to each son of the master of farmstead when he got married. These houses were very poor with furniture. At the beginning there was only one bed in the house, latter chests (boxes) for clothes were added, “lenke” – poles to hang over clothes and bed linen and even later a loom for weaving. In these houses there was no fire. In case smoke was seen through the chimney of the “vajat” it meant that the son had separated from his father. In one household number of “vajats” depended on the number of married sons of the householder.

Dairy was an object for producing and keeping milk and milk products. Within the family one woman was determined to take care of milk and make milk products. She was called “planinka” and she only was allowed to enter the dairy for hygiene reasons. It was a small building with shelves on the walls where wooden troughs, buckets and tubs were kept.

Bakery was beside the house and bread was baked there for the whole family to eat for several days.

Barn and “salaš” were the objects built near the main house. In the barn grain was kept in special compartments, while in “salaš” corncobs were kept, it was thatched of switches, which enabled air to stream and dry corn quicker. These objects were lifted from ground to be protected from moisture.

“Mišana” was the object built for drying fruits, mostly apples and plums. It worked on the principle of drawers in which there was one wattle where fruit was put to dry.

Kacar is a structure in which there is a caldron for making schnapps and tubs which hold stillage. In areas with plum these object can be found in wealthy households and they are built near the orchard.

Stable was built farthest from the main house. It always had two levels, on the lower one there was cattle, while sheep were on the upper one.

Within the permanent museum display there is also a shepherd’s dwelling, a special part of a household built in the mountain. It included a hut, a cattle pen and “kućer”. A hut is a small log house just enough to make fire in it and keep milk products while staying on the mountain, and “kućer” is a movable bed on some kind of a sledge to enable shepherds always to be near their animals.

Another part of the museum display is formed by the objects which look like the original ones but their purpose has been changed. In the hall and the summer stage exhibitions, seminars, literary meetings, theatre performances and concerts are organized. In one of the objects there is an exhibition and selling place for the old handcraft products and copies of museum exhibits made by village craftsmen.

In the Museum inn visitors can be served with Zlatibor special dishes, prepared in the ancient way. Near the inn there are objects for overnight stay and visitors’ holidays. The Museum programme is also preserving old trades so there are cooper’s, blacksmith’s and potter’s workshops equipped and during summer there are lectures organized about these handcrafts’ skills.

St Peter and Paul’s church was built in 1764. Its founder was Georgije Smiljanić, the founder of famous clergyman family that produced 16 generations of priests. Great value of the church represents the iconostas, the work of Simeon Lazović also from the year 1764. Originally it was a wooden object but in the middle of 20th century it was walled in and a two store bell tower was added to it. The church is a part of the open air museum today. 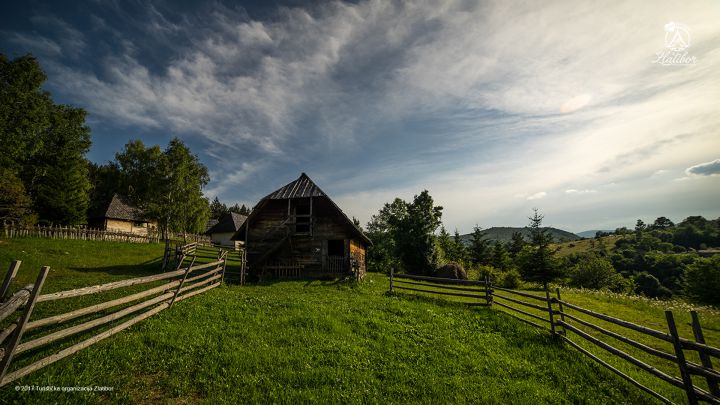 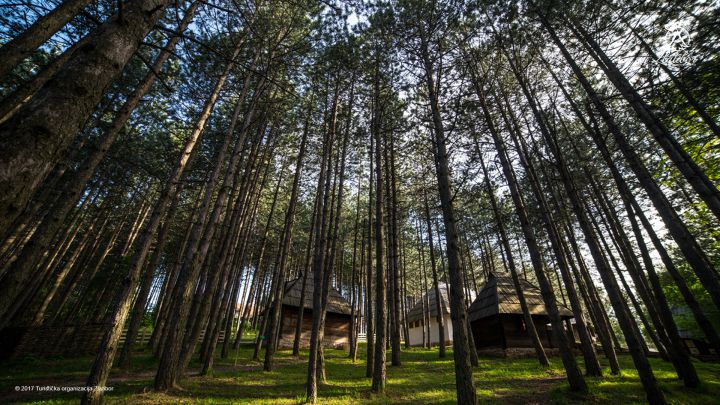 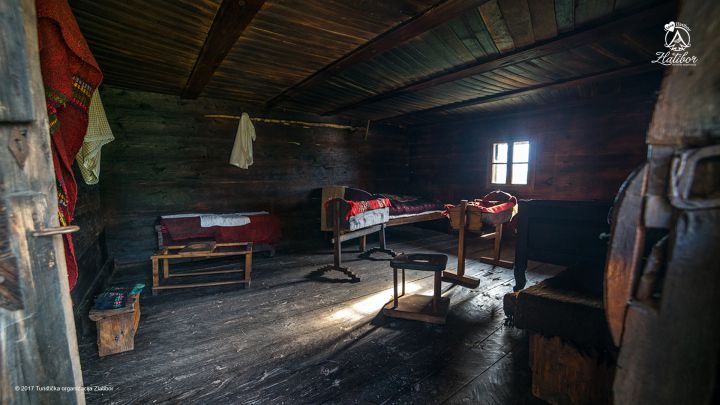 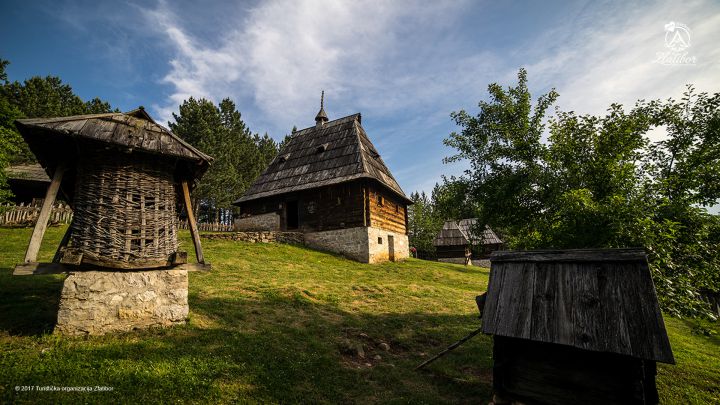 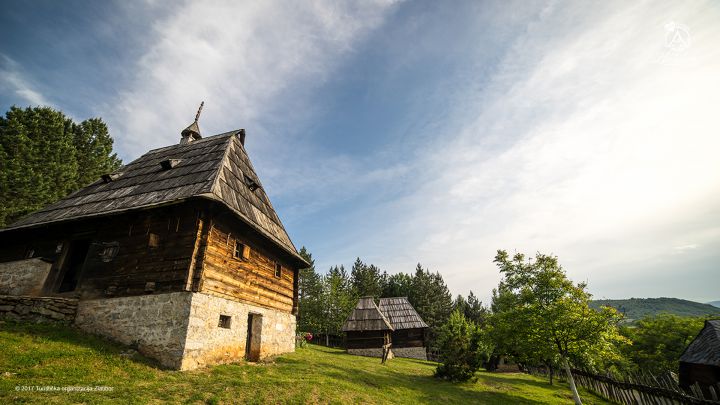 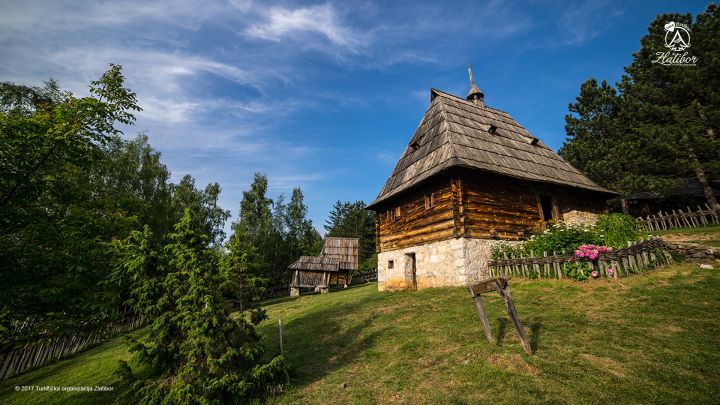 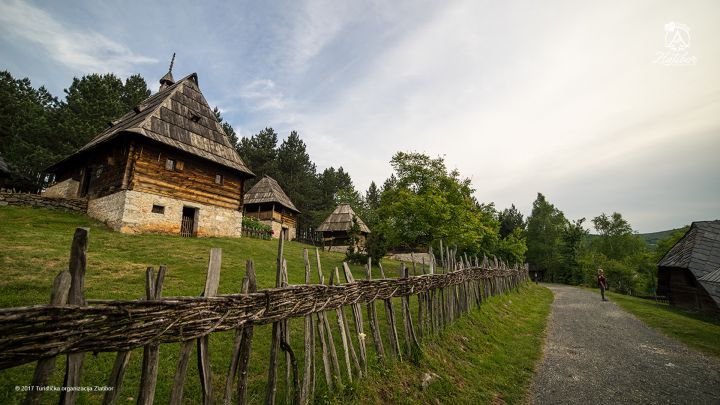 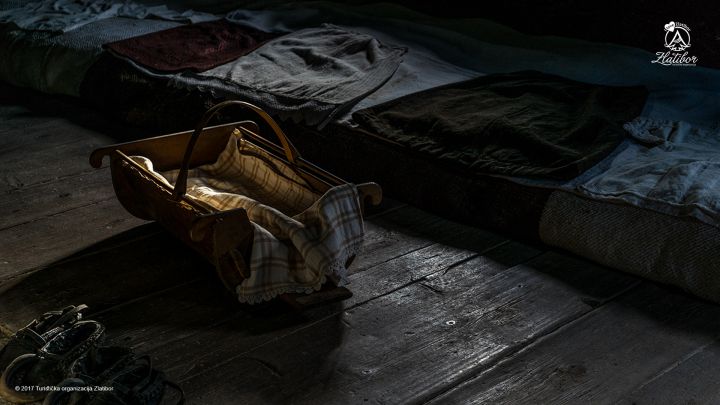