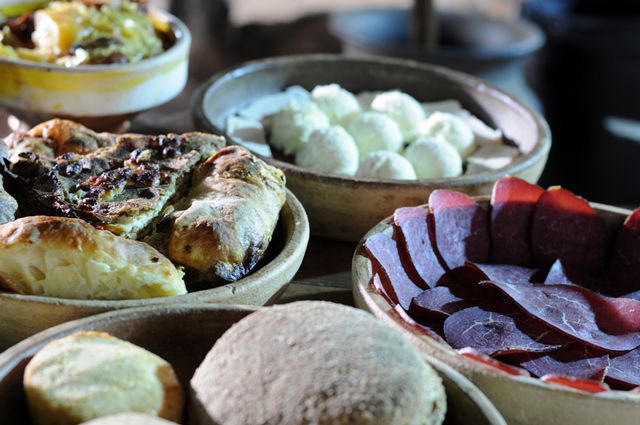 5 eggs, 1 teaspoon of salt, ½ coffee cup of oil (sunflower or any other light oil), 1 cup of milk

Firstly heat the oven up to 200°C. Put the goat cheese in a large mixing bowl. Add eggs, one by one and mix well. Add salt, oils, milk and whisk until well combined. Place one layer of crust on the bottom of the

Cut the butter into several pieces and put on crusts. The remaining mixture stir with a tablespoon of milk and brush the top crust. Bake for about 40 minutes, until it becomes golden brown. Turn it on a plate.

Serve while it is warm. This dish is usually served with a glass of milk or yogurt.

Tablespoon of “kajmak” (dairy dish made of milk)

In a separate bowl mix egg and crème cheese. Cut the bun lid and put on bun and lid the already prepared mixture of egg and “kajmak”. “Komplet lepinja” put in the oven which is already heated and bake it.

After taking it out of the oven and baste it with the meat gravy.

2 cups of whip cream stirred with 3 teaspoons of sugar

Cook and stir on medium heat until it becomes thick. Remove from the heater. Mash raspberries in souce and put in the crust. Cover the pie, put it in the refrigerator to cool for two hours

Serve with a little bit of whip cream or sweet cream cheese. 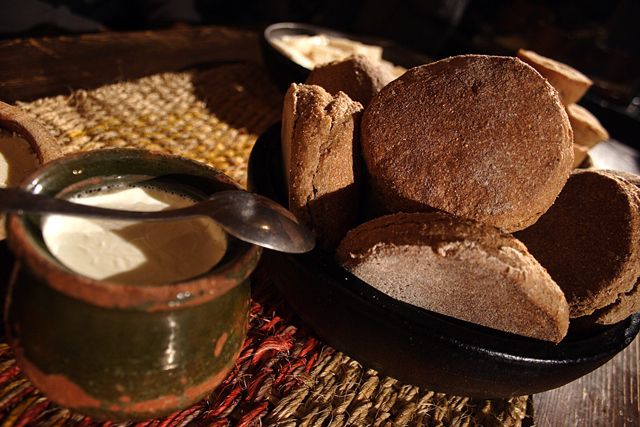 Mix all ingredients, pour them into an oiled baking pan to the height of 5 cm and bake it at 220°C till it becomes golden yellow. Serve with sour milk.